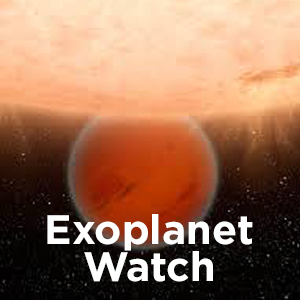 Due to the efforts by numerous ground-based surveys and NASA’s Kepler and Transiting Exoplanet Survey Satellite (TESS), there will be hundreds, if not thousands, of transiting exoplanets ideal for atmospheric characterization via spectroscopy with large platforms such as James Webb Space Telescope and ARIEL. However their next predicted mid-transit time could become so increasingly uncertain over time that significant overhead would be required to ensure the detection of the entire transit. As a result, follow-up observations to characterize these exoplanetary atmospheres would require less-efficient use of an observatory’s time—which is an issue for large platforms where minimizing observing overheads is a necessity. Here we demonstrate the power of citizen scientists operating smaller observatories (<=1 m) to keep ephemerides “fresh,” defined here as when the 1σ uncertainty in the mid-transit time is less than half the transit duration. We announce here the launch of Exoplanet Watch, a community-wide effort to perform ephemeris maintenance on transiting exoplanets by citizen scientists for the professional exoplanet community. Based on >500 observations to date, we demonstrate the capabilities and results of Exoplanet Watch to calculate updated ephemerides, confirm planet candidates, spatially-resolve stellar blends, monitor for epoch-to-epoch stellar variability, and search for new planets or constrain the masses of known planets with transit timing variations greater than two minutes.